A hundred miles from the Chinese coast lies Taiwan. Most simply described, the cuisine of this mountainous island nation on the edge of the Pacific, is Chinese with significant Japanese influences. Apart from the staple, rice, Taiwan is a bounty of fruit, vegetables, and seafood.

Broadly speaking, the food of China can be divided into four regional styles – northern southern, eastern and western. Fujian, according to E. N. Anderson, belongs to the eastern tradition but is quite distinctive in its own right. Taiwanese cuisine can be see as an outgrowth of Fujianese cuisine.
The major influences on Taiwanese cuisine are, as anywhere, the geographical, and historical.

Pre-20th Century History
Immigration from China, southern Fujian in particular. As well as a close geographical proximity to Taiwan, Fujian has similar weather, and has in common with Taiwan formidable mountain ranges and a lengthy coastline. It would not have been difficult for the early settlers to replicate their native food ways in their new home.

Japanese Rule 1895–1945
The Japanese during their fifty year occupation turned Taiwan into a major food supplier to Japan as well as off-loading a considerable amount of their own foodstuffs and eating habits onto Taiwan. While Japanese cuisine has had a big influence in Taiwan, Taiwanese cuisine clearly belongs to the Chinese food tradition. Some Japanese influences, such as popularity of sashimi and sushi are obvious, others blend in and are more difficult to recognise. Japanese restaurants, both ‘authentic’ and Taiwan-style, are very common.

1947–1949 Immigration Wave from China
In China, Chiang Kai-shek’s Guomindang (KMT), was defeated by Mao’s determined Red Army in 1949, but the writing was already on the wall by 1947. Led by Chiang, a huge number of military and civilians arrived in Taiwan from China. They carried their eating habits with them, which in many cases were quite different from the local Taiwanese. The migrants were from many areas of China. The result of this mass migration is that today in Taiwan you can find a great range of regional foods from all over China, many of which have been adapted to suit local tastes. 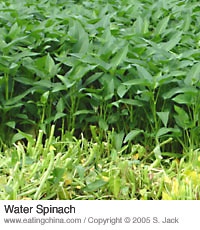 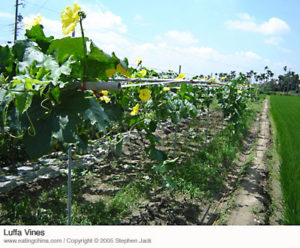 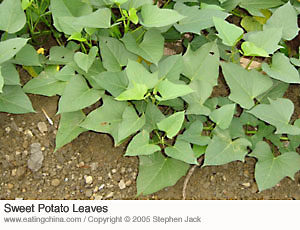 Taiwan grows a wide range of tropical and temperate fruits, and also imports a good deal. Taiwanese gorge on fruit, and no decent communal meal would be complete without a large platter of sliced fruit (it’s good for digestion, your host will say). For the fruit platter, chopsticks are dispensed with. You eat the fruit slices with bamboo toothpicks. Many fruits are eaten unripe. The list below is for locally grown fruit. 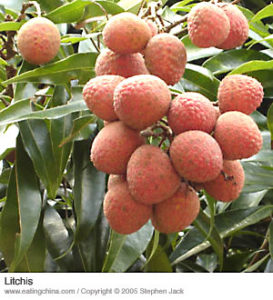 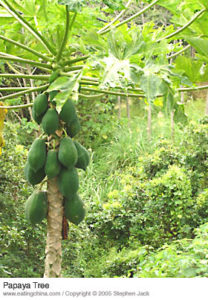 As you might expect of an island where you are never far from the shoreline, seafood is plentiful and very fresh.

Taiwanese are great snackers as a visit to one of the island’s ubiquitous 7-11 convenience stores will show. There you will find hundreds of different snack foods, including traditional favourites like tea eggs and dried squid, sitting alongside more recent imports like chocolate and potato chips.

Taiwan is also known for its range of appetisers. Few dishes, in fact, are eaten without some sort of starter or side dish.

While stir-fries are plentiful, Taiwanese food is characterised by stews and soups. A ten course banquet will probably have four or five on the menu. Here is just a small selection of typical dishes. 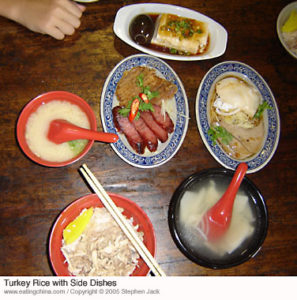 Tea is rarely taken with meals (but soup almost always is). 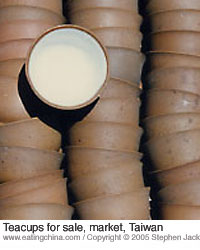 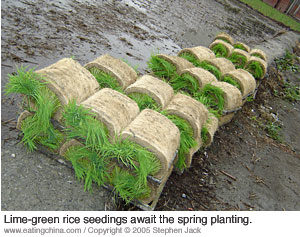